What Is a Good SEER Rating for Air Conditioners?

Home / Blog / What Is a Good SEER Rating for Air Conditioners? 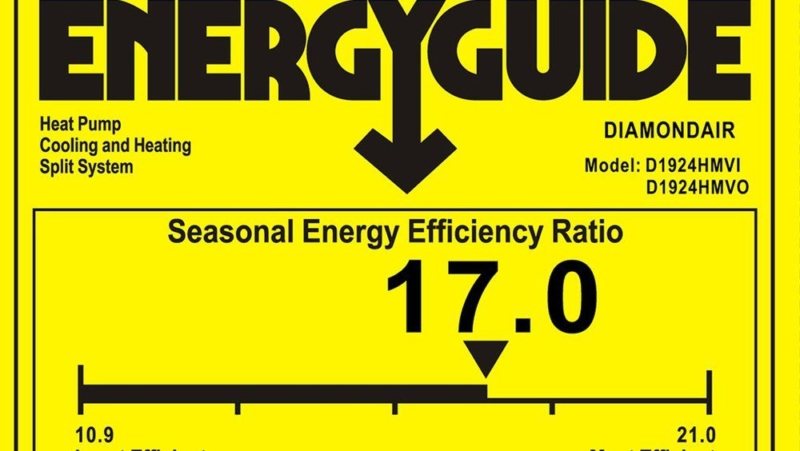 If you are looking to replace or upgrade your current cooling system, chances are you have seen SEER ratings within the descriptions and tips for what to look for. Your air conditioner’s Seasonal Energy Efficiency Rating (SEER) can tell you a lot about how efficient your system is. But you may not know what that means for your cooling needs.

An inefficient cooling system can drive up your energy bill or may not adequately cool your home. SEER ratings can help identify options that meet your needs. As you look for the perfect system for your home, you can make a more informed decision by knowing what SEER you should be looking for in a new AC unit.

Learn more about what SEERs are and what ratings are considered good. You may also be interested in finding out more about some of the benefits of choosing a system with a higher SEER rating.

What Is a SEER Rating?

Before we dive in—let’s answer one of the most common questions we get from customers: “What exactly is a SEER rating?” Simply put, SEER stands for Seasonal Energy Efficiency Ratio. The resulting number that is applied to an air conditioner is called its SEER rating.

SEER is a rating system that explains in smaller numbers how efficient that system is. In essence, the higher the SEER rating the more energy efficient a given air conditioner is.

The US Department of Energy has mandated that air conditioners meet minimum efficiency ratings, and thus, the energy guide was born. A minimum SEER rating of 10 for all central ACs went into effect in 1992. As of 2006, the minimum for central air conditioners was raised to 13 SEER by the DoE. There are also minimum standards for SEER ratings depending on where you live, such as a minimum 14.5 SEER rating in the south and 14 SEER in the southwest.

What’s the Difference Between SEER And EER?

To calculate an EER rating, manufacturers divide a system’s cooling output by its power input. Like SEER, the higher the EER rating, the more efficient the system can be.

How is a SEER Rating Calculated?

What is a Good SEER Rating for AC Systems?

SEER 16 is a good SEER rating for an air conditioner. Anything above that – SEER 18 or SEER 20 is great.

Only old devices made in the 80s and 90s will have a SEER 10 rating. From 2015 onward, most states have regulation in place that guarantees that all new air conditioners should have a SEER rating of at least 13 or 14 (depends on the type of air conditioner and state).

If you are buying an air conditioner that will last for 10 years or more, it is highly recommended to buy one with a higher SEER rating. The price tag may be as much as $100 more, but you will spend less energy running it, which is better for your energy bill and the environment.

Where to Find Your AC’s SEER Rating

Locating the SEER rating is relatively easy. The SEER rating tag and energy guide is located on the packaging of the unit, price tag in the store or posted directly on the unit itself. This energy guide sticker may give you the model information, unit type, SEER rating, EER rating, HSPF rating and expected annual running costs.

You can also find the SEER rating on the brand website in the model product description or the online specifications sheets linked to the product page.

Why Do SEER Ratings Matter?

SEER ratings are more than just a yellow sticker on the side of your air conditioner. These numbers are important when shopping for the best air conditioner for your home. Aside from the minimum mentioned above, SEER ratings tell you a lot about the unit.

They can help you determine how much you can expect to pay, per year, in energy costs. This allows you to compare similar units based on post-install costs and monthly energy bill increases.

Keep in mind that the SEER rating is compiled using a standardized test with a set formula. There are variables to consider, like the amount of insulation in the home, ducting and average temperatures in your area. When looking at the SEER, expect about 10 – 15% energy loss (higher cost) compared to what is on the sticker.

While higher SEER ratings are generally worth the investment, it will take some time for those higher numbers to be a factor on your bill. Just because you buy a 20 SEER air conditioner does not mean it will cost less to run each month compared to a 17 SEER model.

Benefits of a High SEER Ratings

Generally, units with higher SEER ratings come with more expensive upfront costs. However, they provide several benefits that can offset the higher upfront expense. They can give you greater long-term savings and a higher level of comfort, especially if you are in a hotter climate and run your AC longer.

As you decide on a new AC system, consider some of the benefits of choosing AC units with higher SEER ratings below:

Studies have found that people who spend more time in air-conditioned environments display an increased use of healthcare services. The regular and continuous use of AC is found to be connected with rising number of complaints related to ENT (ears nose and throat) and respiratory problems. Regular maintenance can be very effective against air conditioning sickness.

You can always count on the Aire-Tech to keep your home cool. Perhaps you need repairs, new thermostat installation, or preventative maintenance—whatever the HVAC issue is, Aire-Tech is ready to help. If your system needs repair or inspection before summer, call us on 951-926-1002. You can also visit our Contact page and complete the contact form.

Why You Should Get a Heat Pump for Your California Home

Heat pumps are growing in popularity. In the past few…

Pets fill our homes with love and companionship. But they…

The Inflation Reduction Act lowers energy costs for consumers and…